SHIDOKAN JUDO CLUB: JEAN PIERRE CANTIN, BACK TO THE FUTURE!

Montréal, February 16, 2022 –The year 2022 will mark a new era for the Shidokan Judo Club, with Jean Pierre Cantin newly in place as the mythical Montréal club’s head coach since January.

“This next stage in my career as a judoka and coach is a homecoming of sorts, a way for me to come full circle and give back to my community. I wore the Shidokan colours for twelve years and it’s an honour for me to return to this dojo. It’s a return to my roots,” explained Cantin.

After working as Judo Canada’s national junior coach for a total of fourteen years in two separate stints, the 6th Dan Black Belt judoka wishes to continue sharing his knowledge and experience with young people, in this case the up-and-coming generation. It’s a new start that is taking place at the very moment sports activities are being resumed.

“The Shidokan club is an important element in the history of Canadian judo. Our club has produced a great many champions and I’m looking forward to working with Sensei Nakamura to continue the tradition of nurturing future Olympians. It’s an honour for me to return to these mats in a new mentoring role,” explained the coach. 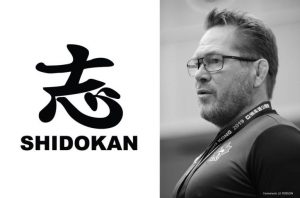 “Jean Pierre is an inspiring judoka for our young people. He’s part of the second generation of athletes that I coached and is one of the most senior that I trained up to the international level. I’m very happy to have him back. His return is a mark of respect for his roots. He’s an ally who knows my club and its philosophy,” explained Hiroshi Nakamura, a pioneer of judo in Canada and founding president of the Shidokan club.

Cantin’s arrival at the club marks the launch of a new version of the Shidokan Judo Club. “We joke that it’s Shidokan 4.0. But in some ways, it’s true. While we’ll remain true to Sensei Nakamura’s original objectives of producing Olympic medallists, making judo as popular as hockey and putting our mark on the history of Canadian judo, we’ll adopt new strategies to achieve them. It’s an exciting challenge.”

As its 50th anniversary approaches next year, the renowned judo club, which has long upheld the discipline’s traditions and enduring values, is more focused on the future than ever.